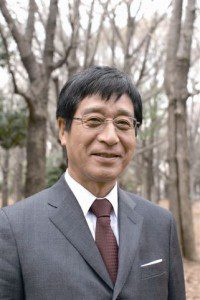 Greetings,
In November 2009, we held the Preparatory Convention for the Founding of the Asian People’s Fundfor Mutual Benefit in the city of Fukuoka, Japan.

At this memorable convention, we announced the establishment of the “Asian People’s Fund for Mutual Benefit” to realize the following goals.

Japan’sconsumer’s cooperatives and citizen’s groups already have over twenty years experience in People to People trade with NGOs, farmers, and citizens in countries such as Philippines, Indonesia, Palestine, and East Timor. Korea’sconsumer’s cooperative unionsalso have joined these efforts in the last few years. The concept of the Asian People’s Fund for Mutual Benefit is to bring this experience of People to People Trade to a new level, and expand the reach of, and tighten the networkbetween peoples ofthe South and North.

The Asian People’s Fund for Mutual Benefitwas officially launched at the Founding Assembly held inOctober 2010, in Seoul, Republicof Korea. As of September 2011, we have thirty-sixmember organizations from eightcountries and the fund amounts to approximately 924,900 USD. In total, 274,000 USD has been loaned to seven projects currently in progress.

On March 11, 2011a strong earthquake and tsunami hit the east side of Japan on the Pacific and left tremendous damage to the area. Banana producers in the Philippineswho shared deep sorrow with the Japanese in suffering gavethree tons of bananasto the affected region for free. Our friends in East Timoralso contributed adonationcollected by their fundraising campaign. This event shows unintentionallythat our relationship is not one-sided, but full of the spirit of mutual benefit.

The Asian People’s Fund for Mutual Benefit will do our very best to develop solidarity between people of the South and North.